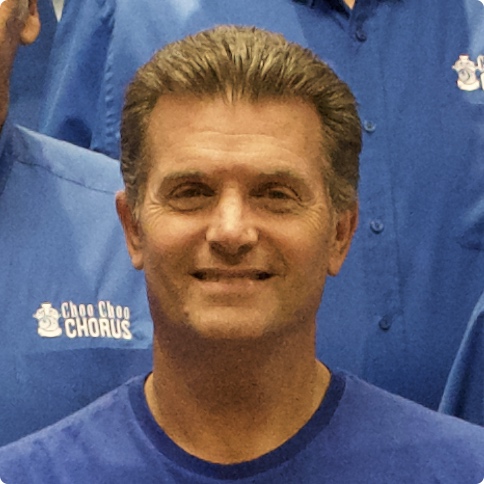 Jimmy Tompkins became the director of the Choo Choo Chorus in April 2020, just as the pandemic started!

He moved to Niceville Florida in 1990 and realized he was close to a barbershop chapter in Ft. Walton Beach. He began visiting them in 1991 and soon after he joined their director retired and became their director. The chorus showed consistent improvement over the next three years.

He sang with the Big Chicken chorus after moving to north Georgia in the mid-90s. He sang in several quartets and district events and shows with them over the next two years. He was also able to sing on the international stage with them in Miami in 1995.

After serving several churches he moved to Clanton, AL in 2007. He was then able to participate again in the Birmingham chorus. After singing with them for a while their director left and he became their director and directed them until his family moved to Chattanooga in 2012. 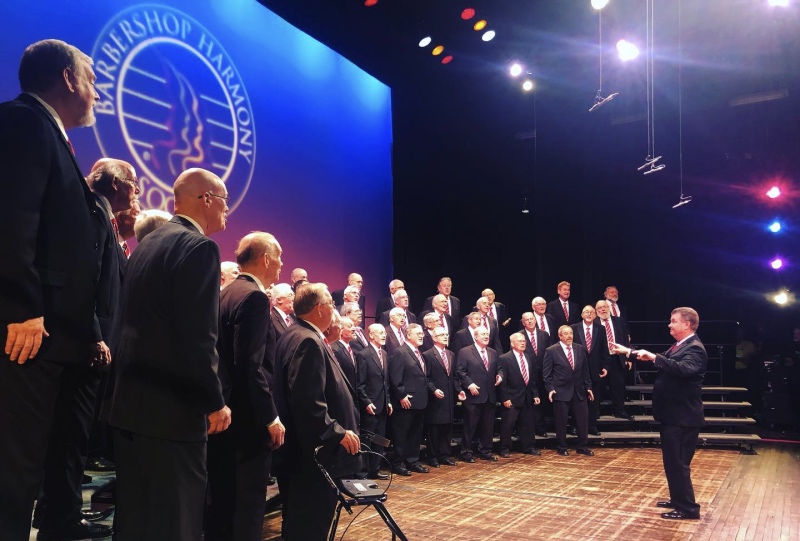 He has directed the Dixie District Seniors chorus for the last two years. They won the Senior Chorus International Invitational Championship in January 2019.

Most recently he had been singing with the Atlanta Vocal Project and sang with them in Las Vegas in 2017, and Orlando in 2018.

Jimmy is the Worship Pastor at Morris Hill Baptist Church in Chattanooga. He has been married to his wife, Melea, since 1985 and they have two children, Nate and Aria.

Sign up for our newsletter to receive the latest news and event postings.